History of the BOA

The First One Hundred Years of the BOA: A Brief History
Ian Stephen
Honorary Archivist

The Foundation Dinner
On 28 November 1917, fifteen surgeons met for dinner at the Café Royal in London and resolved to form the British Orthopaedic Association.  Handwritten minutes were kept: there is also a typed transcript and a menu card signed by all those who were present.

The Inaugural Meeting
On 1 February 1918, a temporary Executive Committee met and a formal proposal to form the Association was agreed.  The Inaugural Meeting of the Association was held on 2 February 1918 at Queen Mary’s Convalescent Auxiliary Hospital in Roehampton.  The handwritten minutes and typed transcript record that 12 Members were present for the business and clinical meetings and that there were 20 original members of the Association: a photograph was also taken to mark the event.  The Chairman was E Muirhead Little, Robert Jones was the vice-Chairman and Harry Platt was the Secretary.  The Journal of Orthopaedic Surgery became the official organ of both the British and American Orthopaedic Associations. 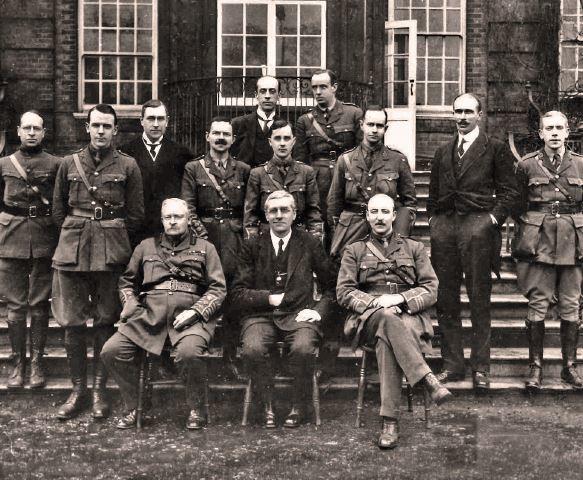 Events leading up to the Foundation

Orthopaedic Surgery had first emerged as a discrete discipline in the United Kingdom in the latter part of the nineteenth century and the American Orthopaedic Association was founded in 1887.  In 1894 the British Orthopaedic Society was formed: it had 31 members and met four times a year, initially with printed transactions, but there is no record of further meetings after 1898.  In 1913 Robert Jones was President of an Orthopaedic Section at the International Congress of Medicine in London, and in the same year an Orthopaedic Sub-section of the Royal Society of Medicine was formed, with E Muirhead Little as President.  The First World War further stimulated the growth of Orthopaedic Surgery and Sir Robert Jones was knighted for his services to military orthopaedics in 1917. 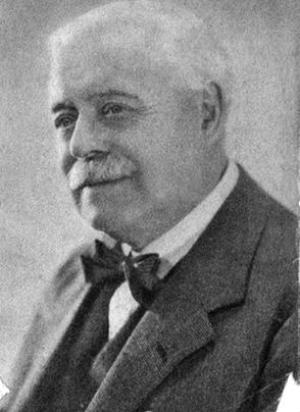 Prestigious awards and social gatherings in clubs were both used to advance the orthopaedic cause, which was still resisted by some General Surgeons.  The Robert Jones Gold Medal and Association Prize was inaugurated in 1924, with the first award to George Perkins and, in the same year, the first M.Ch.Orth. was awarded in Liverpool.  In 1938 the first Robert Jones lecture was delivered by H A T Fairbank.  The Orthopaedic Club was founded in 1919, but only lasted until 1925.  In 1928, the Robert Jones Dining Club was founded and was much longer lived.  Other clubs followed in the subsequent decades.

Inevitably, the onset of another global war further stimulated the development of orthopaedic surgery worldwide, and the United Kingdom was no exception.  In 1939 H A T Fairbank was appointed Orthopaedic Adviser to the Ministry of Health in connection with the Emergency Medical Service and in 1940 Reginald Watson-Jones published his book ‘Fractures and Joint Injuries’: he was knighted in 1945 for his contribution to the RAF orthopaedic service.  The BOA Memorandum on Fracture and Accident Services was published in 1942 and the Institute of Orthopaedics was founded in 1944. 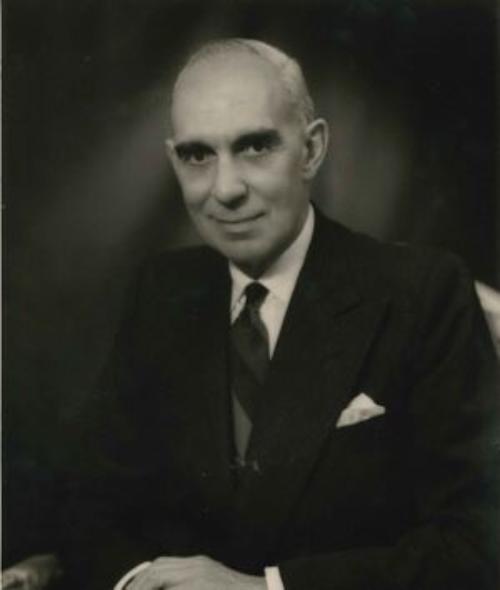 There was slow national recovery in the years after the end of the War, but Members of the Association continued to press forward the development of Orthopaedics.  The National Health Service was introduced in 1948 and this was also the year that the British volume of the Journal of Bone and Joint Surgery was first published, under the editorship of Sir Reginald Watson-Jones.  The Chairman and Editor of the Journal were appointed to the Executive Committee of the Association in 1949 and the British Editorial Society was formed to manage affairs of the JBJS(B) in 1953.  Also in 1948 the second joint meeting of the American, British and Canadian Orthopaedic Associations was held in Quebec and there was the first visit of ABC Travelling Fellows to the United States and Canada, with the return visit of North American surgeons in 1949.  In June 1952 the third combined meeting of the Orthopaedic Associations of the English-Speaking World was held in London, including, for the first time, the associations of Australia, New Zealand and South Africa. 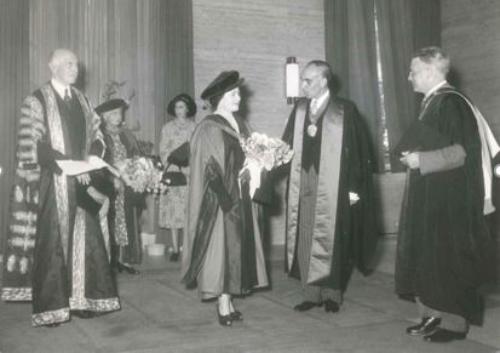 Her Majesty Queen Elizabeth, the Queen Mother being greeted by Sir Reginald Watson-Jones at the third Combined Meeting of the English-speaking Orthopaedic Associations.  Major-General the Earl of Athlone, Chancellor of the University on the left. 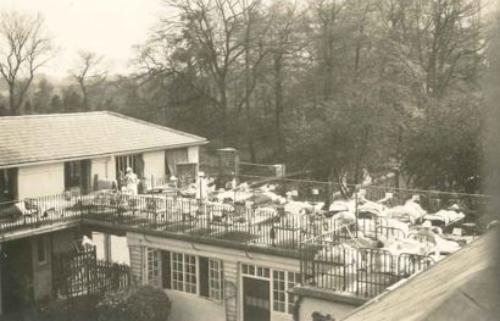 Membership of the Association

There has been a steady increase in numbers from the 20 original Members of the Association in 1918.  There were 100 Members by 1924, 200 in 1928 and by 1943 the total had risen to almost 400.  In 1947 the Membership fees were set at seven guineas for Fellows and five guineas for Members.  Associate Membership for surgeons in training was introduced in 1948 and the Constitution of 1952 limited the number of Fellows to 150, elected from the Membership.  In the same year, fees of £10 to £20 for companies exhibiting at the annual meetings were introduced.  By 1968, fifty years after the foundation, there were over 1200 Members and the registration fee for the Annual Meeting was £1.  In 1993 there were over 2600 Members and today the total is over 4700.

The offices of the Association have always been associated with the Royal College of Surgeons of England in London, but there have been various moves over the years.  In 1944 they were sited in 45 Lincoln’s Inn Fields, next door to the College, with an annual rent of £100. In 1956 there was a move to the third floor of the Royal College of Surgeons building itself.  In 1994 the Association moved again to offices in the adjoining Nuffield College, which were refurbished using funds from the Cutner bequest, thanks to the efforts of Sir Rodney Sweetnam.  Another move is now inevitable with the refurbishment of the Barry building and the vacation of the Nuffield Centre.

Relations with the Royal Colleges of Surgeons 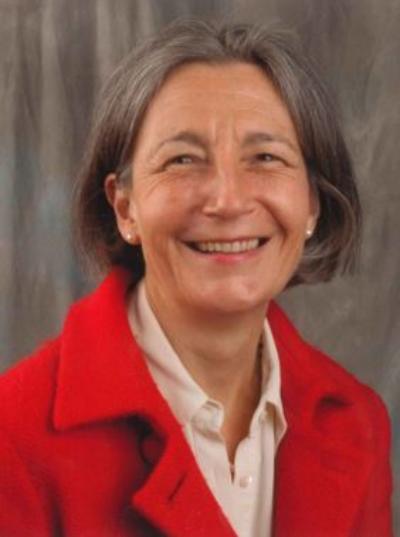 In 1930 Rowley Bristow produced the first BOA seal, but it was not until 1952 that the Association received a Royal Grant of Arms.  In 1959, Her Majesty Queen Elizabeth the Queen Mother became the Royal Patron of the Association.  In 1964 Sir Herbert Seddon was knighted.  In the same year, the Department of Orthopaedics in Sheffield was inaugurated and Sir Frank Holdsworth was knighted in 1968.  Sir Henry Osmond-Clarke from Manchester was knighted in 1969. 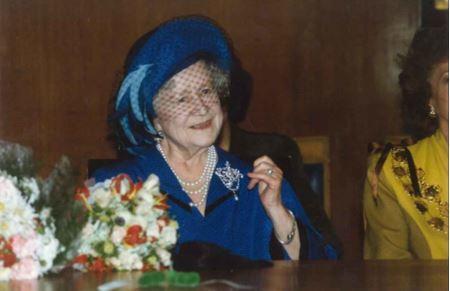 The Association has been promoting education and research in orthopaedics since the foundation.  The British Orthopaedic Research Society and the Naughton Dunn Orthopaedic Club were founded in 1963.  In 1972 the first Annual BOA Instructional Course for Trainees was held and in 1974 the Advisory Bureau for Overseas Trainees was founded by the Royal College of Surgeons.  In 1978 the inaugural meeting of the Association of Professors of Orthopaedic Surgery with thirteen members was held in Edinburgh.  In 1986, the first Advanced Instructional Course for Consultants was held.  In 1993, the Senate of Royal Surgical Colleges of Great Britain and Ireland was founded, and in 1996 introduced mandatory monitoring of Continuing Professional Development for surgeons. 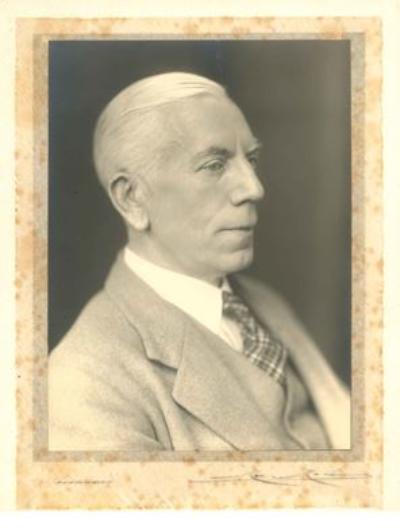 In response to the increasing work of the association, sub-committees have been formed to concentrate on specific issues.  As early as 1945, the Surgical Appliances Subcommittee was formed and by 1969 was stressing the importance of performance specifications for implants, including bone cements.  At the same time, increasing sub-specialisation has resulted in the formation of a number of sub-speciality societies.  In 1984 the British Scoliosis Society, the British Association for Surgery of the Knee and the British Orthopaedic Foot Surgery Society were the first sub-speciality Societies to become affiliated to the Association.  In 1990 the Board of Affiliated Societies was established: this later became the Board of Specialist Societies.  The British Orthopaedics Trainees Association was founded in 1986 and the British Orthopaedic Specialists Association (for Non-Consultant Career Grade Surgeons) in 2003.

In 1938 the BOA Benevolent Fund was established for the benefit of members and their families who were in financial difficulty.  In 1989, the Wishbone Appeal was established, later to become an independent Trust, to raise funds for orthopaedic research and the first Great Hip Walk was held.  In 2003 the Wishbone Trust was succeeded by the British Orthopaedic Foundation.  In 2007 Joint Action was adopted as the formal fundraising arm of the Association. 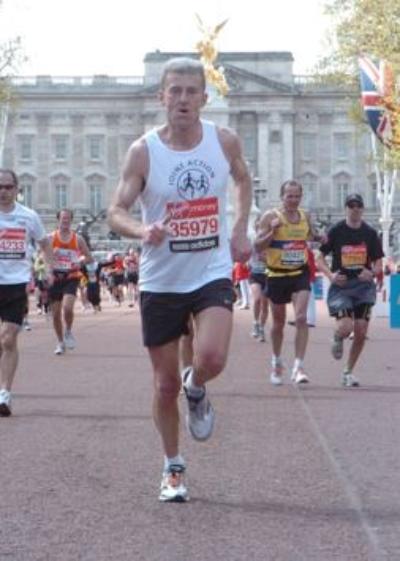 1993 saw the 75th anniversary of the foundation of the Association and the publication of ‘A History of the British Orthopaedic Association’ by William Waugh.  In 1992, the Spring and Autumn meetings of the Association were replaced by a single Congress, held in the autumn, with occasional spring meetings for special events.  In 1998 the first Howard Steel Lecture was delivered at the Congress in Dublin. 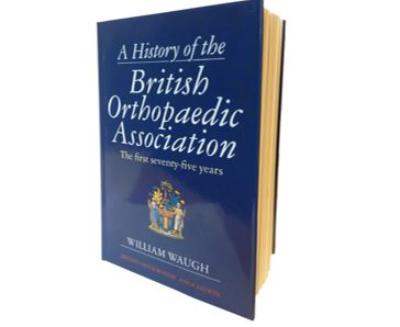 'A History of the British Orthopaedic Association: The first seventy-five years' by William Waugh

In 1989 British Orthopaedic News was first published by the Association, with Chris Ackroyd as Editor.  It was replaced by the Journal of Trauma and Orthopaedics in 2012.  The 50th anniversary of the first publication of the British edition of the Journal of Bone and Joint Surgery was in 1998: it split from the parent body in 2013 and became the Bone and Joint Journal.  In the same year, the BOA website went online for the first time. 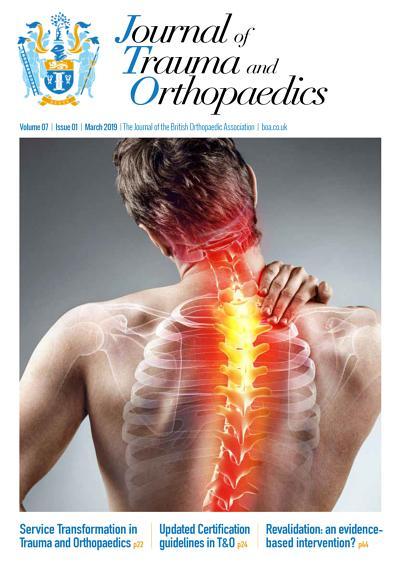 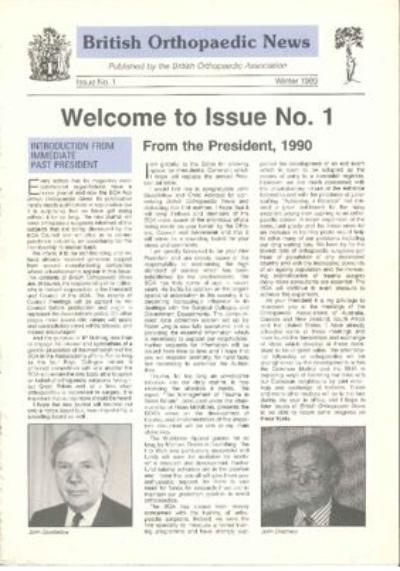 The first issue of the British Orthopaedic News, Winter 1989

There has been a pattern of increasing national influence as the Association has grown in size and it became clear that more information about numbers was required in order to argue for the needs of orthopaedic surgery with the Department of Health.  In 1986, an Orthopaedic Regional Adviser was appointed in each region and Orthopaedic Linkmen were appointed in hospitals to assist in data collection.  In 1989 the Association published ‘The Management of Trauma in Great Britain’ and an ‘Advisory Booklet on Consultant Orthopaedic and Trauma Services’.  In 1992, the Association organised the first census of orthopaedic manpower in the United Kingdom: this became an annual event, at the instigation of Fred Heatley, in 1994.  In 2003 the National Joint Registry began operation and in 2009 Keith Willett was appointed as the first National Clinical Director for Trauma Care.  Where once Government Departments would approach the Royal Colleges of Surgeons for advice on matters concerning trauma and orthopaedics, they now come directly to the Association.

The Association has had important international influence since the foundation, and this has been maintained.  In 1972, the Association was a founder member of the Monospecialist Orthopaedic Section of the Union Européenne de Médecins Spécialistes (UEMS) and sent two representatives to the first meeting.  In 1977 the Association became a representative on the Coordinating Committee of Orthopaedic Associations of the Common Market (COCOMAC) and World Orthopaedic Concern (WOC) was established.  In 1993, the first meeting of the European Federation of National Associations of Orthopaedics and Trauma (EFORT) was held in Paris at the instigation of Michael Freeman and Jacques Duparc.  George Bentley became President of EFORT in 2004 and the Annual EFORT Congress was held in London for the first time in 2014. 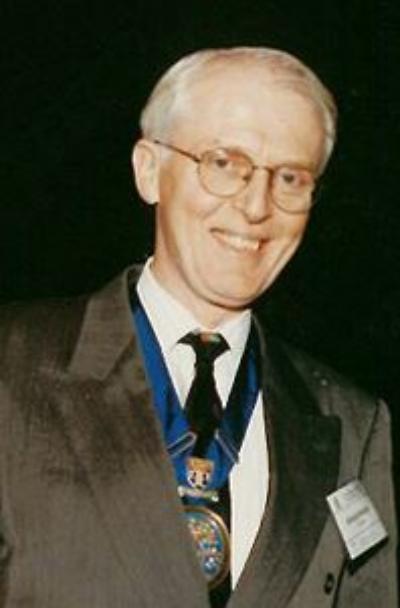 I am privileged to have joined the list of the five Members who have acted as Archivist to the Association since 1953.  The Archive contains many documents, photographs and material that record the history and development of the Association over the past hundred years.  In 1953, the contents of the Archive were listed on two typewritten sheets.  They now occupy several cupboards and filing cabinets and are listed on a digital catalogue, which is almost complete.  I hope that it will be possible to publish the catalogue on the website before too long.